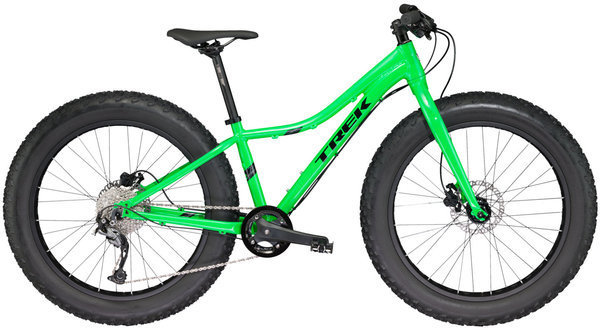 Trek is a family-owned company, so they know a thing or two about bringing along the whole crew. Enter Trek's Farley 24: the kid-sized, all-season fat bike. Trek has been making some of the best kids' bikes for years, and the Farley 24 is no exception. It’s a sharp handling, steam-rolling monster truck of a bike with a 1 x 9-speed drivetrain that powers the monstrous 4.0-inch tires. A host of Bontrager components make for a high-quality bike with long-lasting fun. All-season, all-family adventure begins with Farley.

* Subject to change without notice.